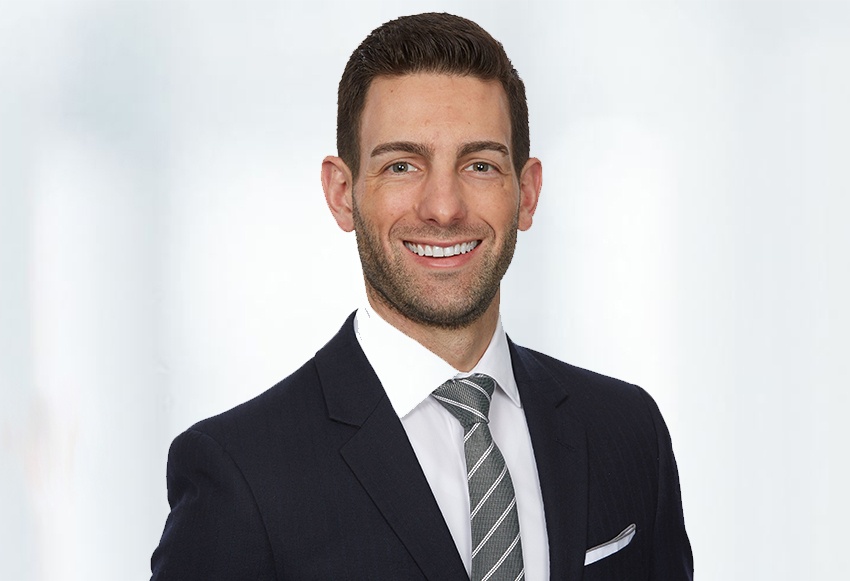 Austin Moore litigates high-stakes cases. He practices in state and federal courts across the country and regularly takes on major corporations in nationwide class actions. Austin has been recognized as one of the “Top Attorneys Under 40” in the country by Law360, named a “Rising Star” in class action law by Super Lawyers, and honored as an “Up and Coming Lawyer” by Missouri Lawyers Weekly.

Data Breach and Privacy Litigation. Austin is a national leader in data breach and privacy cases. He has played key roles representing consumers in many of the nation’s largest data breach class actions, including lawsuits against T-Mobile, Target, the Home Depot, Anthem Insurance, Equifax, and Marriott. Austin’s recent successes include:

Austin has also served as appellate counsel in multiple precedent-setting data breach cases addressing Article III injury. He is currently serving as President of the Data Breach and Privacy section of the American Association for Justice.

Consumer Class Actions. Austin represents consumers who have been harmed by corporate misconduct, including false advertising, deceptive practices, and credit reporting errors. Austin recently obtained one of the largest recoveries in history relating to inaccurate credit reports, securing $29 million in settlements in two pioneering cases against Experian arising out of the agency’s reporting of delinquent loan accounts. Austin is currently representing travel nurses and other healthcare workers who were subject to “take-it-or-leave-it” pay-rate reductions in the middle of their contracts.

Sexual Abuse Liability. Austin advocates for victims of sexual abuse in civil cases against their perpetrators and other negligent parties. He respects the sensitivity of these cases by working with local counseling centers and adopting a trauma-informed approach to his legal representation. Austin’s recent results include:

Before joining Stueve Siegel Hanson in 2013, Austin was in private practice in St. Louis, where he primarily defended class action cases. He credits this experience with helping him understand how defense lawyers will approach a case – and helping him craft litigation strategies that secure a courtroom advantage.

T-Mobile Data Breach Litigation (Western District of Missouri) – Austin is a member of the leadership team representing consumers multi-district litigation against T-Mobile after a massive data breach affecting 77 million current, former, and potential customers. On July 26, 2022, the court granted preliminary approval to a $500 million settlement on behalf of victims.

Travel Nurse Unpaid Wages Litigation - Austin is representing travel nurses against numerous staffing agencies for making “take-it-or-leave-it” pay-rate reductions in the middle of their contracts and failing to pay sufficient overtime wages. Austin's representation has been featured in Newsweek, NBC News, and Kaiser Health News among others.

Broward Health Data Breach Litigation (Southern District of Florida) – Austin is representing more than 1.3 million patients of the Broward Health system after a data breach exposed their personal, financial, and medical information in violation of HIPAA and related state laws.

UC San Diego Health Data Breach Litigation (Superior Court of San Diego) – Austin is part of the leadership team appointed to represent more than 500,000 patients of the UC San Diego Health system after their financial and medical records, including treatment information, laboratory results, and medical diagnoses, were stolen by hackers in violation of HIPAA and related state laws.

Mediant Data Breach Litigation (Southern District of New York) - Austin was appointed as co-lead counsel in this case resulting from a data breach that compromised the Social Security numbers, Tax IDs, bank accounts, and securities holdings information of more than 220,000 investors. In January 2022, a federal judge granted final approval to a settlement that provides extensive relief for victims.

Ring Privacy Litigation (Central District of California) - Austin successfully represented multiple families whose indoor Ring camera devices were hacked allowing them to be spied on and harassed inside their own homes. The cases asserted that Ring knowingly failed to implement  basic security protocols to prevent the unauthorized  access, including two-factor identification and alerts of suspicious log-ins.

OPM Data Breach Litigation (District of Columbia) – Austin represented government employees and contractors against the U.S. Office of Personnel Management (OPM) for a data breach affecting 21.5 million individuals. Following a successful appeal in the D.C. Circuit, the court granted final approval to a $63 million settlement on behalf of victims with claims under the Privacy Act in October 2022.

Equifax Data Breach Litigation (Northern District of Georgia) – Austin worked alongside co-lead counsel Norman Siegel representing consumers in multi-district litigation against Equifax following its massive data breach impacting 147 million Americans. In December 2019, the Court granted final approval to a historic settlement that includes up to $505.5 million in cash benefits and requires Equifax to spend at least $1 billion upgrading its security over the next five years.

Experian FCRA Litigation (Central District of California) – Austin was appointed as class counsel in two cases that resulted in settlements totaling $29 million against credit reporting agency Experian arising out of the agency’s reporting of delinquent loan accounts. Austin led all aspects of the cases including devising the novel case theory, conducting fact and expert discovery, and briefing and arguing substantive motions, including a successful motion for class certification and three fully-briefed appeals.

Citrix Data Breach Litigation (Southern District of Florida) – Austin was appointed as co-lead counsel in consolidated litigation against technology company Citrix, Inc. after the company suffered a 5-month data breach affecting nearly 24,000 current and former employees. In June 2021, the court approved a $2.3 million settlement that offers an array of benefits to class members.

NBEO Data Breach Lawsuit (District of Maryland) – Austin was appointed as class counsel on behalf of optometrists who had their personal information compromised by the national optometry board. Following nearly three years of litigation that included a successful appeal, the court approved an “outstanding” $3.25 million settlement.

Home Depot Data Breach Litigation (Northern District of Georgia) – Austin was a key member of the leadership group appointed to represent consumers in multi-district litigation against the Home Depot following a massive data breach affecting more than 60 million consumers. In August 2016, the court approved a final settlement valued at over $29 million. Austin chaired the team of attorneys tasked with investigating the case and handling all substantive briefing in the litigation.

Target Data Breach Litigation (District of Minnesota) – Austin was a member of the leadership team appointed to represent a class of consumers in multi-district litigation against Target over its massive 2013 data breach affecting more than 40 million consumers. In June 2018, the Eighth Circuit affirmed approval of a settlement valued at $23 million that provided for $10 million in cash payments to class members. Austin led nationwide plaintiff vetting and discovery efforts in the litigation.

$8.2 Million Verdict for Sexual Assault Victim – Austin served as trial counsel on behalf of a sexual assault victim who sued her assailant for civil assault and battery. On June 14, 2019, a Jackson County, Missouri judge awarded the victim more than $8.2 million in damages that included $7.2 million in economic and non-economic damages for her “serious and permanent physical, emotional and personal injuries” and an additional $1 million in punitive damages.

$1.5 Million Settlement for Nursing Home Victim - Austin obtained a $1.5 million settlement on behalf of a client who was sexually assaulted at a nursing home by another resident. The confidential settlement was reached on the eve of trial following extensive fact and expert discovery.

Confidential Sexual Assault Settlement – Austin represented a female employee against her employer after suffering continuous sexual harassment and abuse from customers while on the job. Following an extensive investigation, Austin was able to negotiate a confidential seven-figure settlement for his client.

Confidential Sexual Assault Settlement – Austin represented an underage female employee after she was sexually assaulted by her male manager at work and in the course of her employment. After filing a complaint with the U.S. Equal Employment Opportunity Commission, the parties were able to reach a confidential settlement that received final court approval in May 2019.

Uber Sexual Assault Lawsuit (Jackson County, Missouri) – Austin filed a lawsuit against Uber on behalf of a young woman who was raped by her Uber driver. An investigation revealed that prior to the assault, the driver had been convicted of attempted murder and sentenced to 16 years in prison and other women had complained to Uber about the driver’s assaultive and harassing conduct. After more than 18 months of hard-fought litigation, the case was resolved to the mutual satisfaction of the parties in February 2019.

Clemens v. ExecuPharm Inc., 48 F.4th 146 (3d Cir. 2022) - Austin briefed and argued this appeal which resulted in the unanimous reversal of the dismissal of data breach class action for lack of Article III standing to sue and clarified the contours of data breach "injury" within the circuit.

Reyes v. Experian, 856 Fed.Appx. 108 (9th Cir. 2021) – Obtained reversal of trial court’s reduction of attorneys’ fee award where judge who ruled on fees did not preside over litigation and “settlement was the largest Experian has ever agreed to in a case under the Fair Credit Reporting Act.”

Resale Price Maintenance After Leegin: Why Treating Vertical Price-Fixing as “Inherently Suspect” Is the Only Viable Alternative to the Traditional Rule of Reason, 36 Wash. U. J.L. & Pol’y 289 (2011)