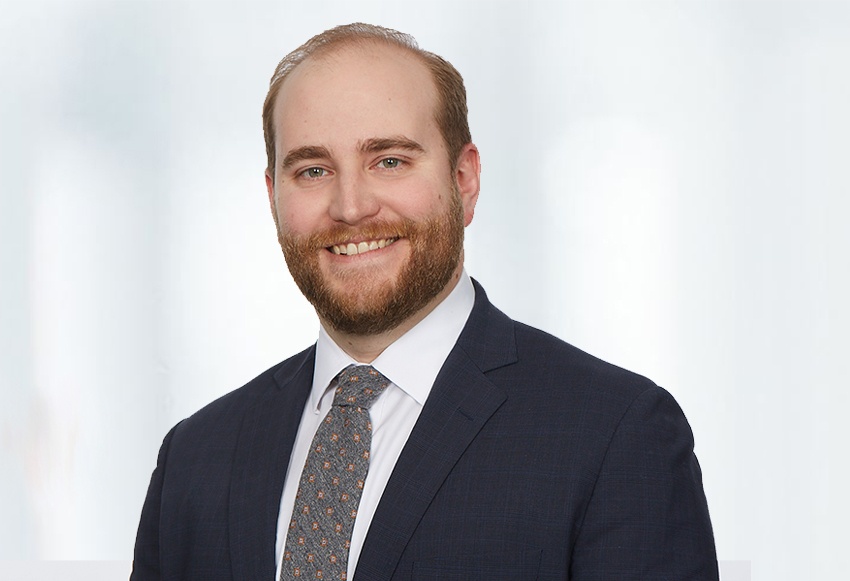 Alex Ricke advocates for clients when their businesses and livelihoods are on the line. A proven litigator, he has a track record of success in bet-the-company commercial cases and complex class and collective actions.

Executive Departures and Negotiations. When executives or highly compensated employees leave their companies, Alex helps them negotiate the terms of their departure. These disputes can include employees who are still owed back and front wages, whistleblowers who have suffered retaliation, and senior employees who are owed severance benefits under executive compensation plans. He handles these sensitive negotiations with urgency and discretion.

Class Action. In class and collective actions, multiple federal judges have appointed Alex as class or settlement counsel. In that role, he has secured seven-figure and other significant recoveries and ground-breaking certification orders for classes and collectives in wage and hour, product defect, data breach and antitrust litigation.

Prior to joining Stueve Siegel Hanson, Alex practiced at a boutique complex litigation firm, where he prosecuted business and class action cases nationwide. A transplant from St. Louis, he enjoys spending time with his wife, Katrina, and his two black Labrador Retrievers (Bernie and Brooks), traveling, and supporting the Missouri Tigers, St. Louis Cardinals, and St. Louis Blues.

Defective Guardrail End Terminal Litigation, Circuit Court of Jackson County:  Alex is part of a team serving as class counsel for Jackson County, Missouri and a certified class of government entities seeking to recoup the cost of removing and replacing defective and dangerous end terminals from the manufacturer.

Casino Wage and Hour Litigation, Multiple Jurisdictions:  Alex is co-lead counsel in four cases challenging habitual wage and hour violations by casinos and hospitality companies for a variety of wage and hour issues, including failure to provide a tip credit notice before paying a sub-minimum wage, failure to include the tip credit in the regular rate of pay for overtime, permitting managers and supervisors’ participation in tip pools, deducting gaming licenses from employees’ wages, and improper timeclock rounding.

Confidential FLSA Collective Action Settlement with Fortune 500 Hospitality Company, U.S. District Court for the Western District of Missouri:  Alex was co-lead counsel for approximately 14,000 table games dealers and other tipped employees for violations of the FLSA stemming from failure to provide tip credit notice, failure to include the value of the tip credit in the regular rate of pay for overtime, and timeclock rounding.  After defeating a motion to dismiss, briefing class certification, and briefing summary judgment, the case was successfully resolved as a collective action.

DIRECTV Wage and Hour Litigation, Multiple Jurisdictions: Alex was part of the litigation team asserting violations of the FLSA and state wage laws against DIRECTV and associated entities on behalf of satellite installation technicians across more than 50 federal cases. In these cases challenging DIRECTV’s fissured employment structure (i.e., engaging independent contractors through intermediaries and denying the employment relationship) and failure to pay minimum wage and overtime, he deposed approximately 30 current and former DIRECTV managers.  Parachuting into these cases as needed, Alex also successfully argued several motions in jurisdictions around the country.  The cases were successfully resolved in 2018.

Confidential FLSA Collective Action Settlement with Fortune 1000 Hospitality Company, U.S. District Court for the Western District of Missouri: Alex was co-lead counsel for approximately 4,000 table games dealers and other tipped employees for violations of the FLSA stemming from failure to provide tip credit notice, failure to include the value of the tip credit in the regular rate of pay for overtime, and timeclock rounding.  While class certification was pending, the case was successfully resolved as a collective action.

Confidential Executive Departure Settlement:  Alex and George Hanson represented an executive at a Kansas City-based tech start-up for unpaid sales commissions following the client’s departure from the company.  They successfully negotiated a pre-suit resolution for the client and successfully retained the client’s vested shares in the company, which had a significant valuation when the startup was acquired shortly thereafter.

Data Breach Class Action Settlement, Hapka v. CareCentrix, Inc, U.S. District Court for the District of Kansas: Along with Barrett Vahle, Alex had day-to-day management responsibility for this data breach class action alleging that CareCentrix was negligent in permitting its 2015 W-2 Forms to be released to a third party fraudster in a “spoofing” attack.  After successfully defending against a motion to dismiss and an attempt to engage in absent class member discovery, Plaintiff reached a class action settlement with CareCentrix that was granted final approval in February 2018.  In approving the settlement, the Court found it “reflects an outstanding result for the Class in a case with a significant level of risk” and that the “relief compares very favorably to settlements in other data breach class actions.” Hapka v. CareCentrix, Inc., 2018 WL 1871449, at *4 (D. Kan. Feb. 15, 2018)

Background Check and Overtime Class Action Settlement, Criddell v. Premier Healthcare Services, LLC, U.S. District Court for the Central District of California: Alex prosecuted this case from inception through approval of the class and collective action offer of judgment.  The Plaintiff asserted claims for violations of the Fair Credit Reporting Act, FLSA, and California Labor Code against a home healthcare provider.  In February 2017, the Court certified the FCRA claim as a class action and conditionally certified the FLSA claim as a collective action.  In March 2017, Plaintiff accepted a Rule 68 offer of judgment for $247,854 for the FCRA class ($101 per class member with checks mailed directly to class members without the need to submit a claim form) and complete overtime damages to the FLSA collective (like the FCRA class, checks were mailed to directly to FLSA collective members without the need to submit a claim form).  On behalf of our firm and co-counsel, Alex also recovered a significant attorneys’ fee award separate from and in addition to the class and collective recoveries through a vehemently contested arbitration of the issue, which was then adopted and approved by the Court in January 2018.

Defective Product Litigation Against a Major Automotive Manufacturer, U.S. District Court for the Central District of California:  Alex coordinated the litigation team that, in April 2016, secured final approval of a nationwide settlement between a class of owners and lessees of approximately 800,000 class vehicles and a major automotive manufacturer.  The lawsuit stemmed from allegations that the steering system in the class vehicles was defective and caused the vehicles to “wander” at highway speeds.  The settlement followed extensive written and deposition discovery where Alex deposed five corporate executives.  The settlement relief provided cash refunds or repairs to class members who made claims.

Confidential Commercial Litigation Settlement, Confidential Jurisdiction: Alex was part of the litigation team that filed a lawsuit on behalf of a bank holding company against a major bank holding company and one of its subsidiaries.  The litigation arose out of a merger agreement between the parties whereby Defendants agreed to purchase Alex’s client.  However, the merger failed to obtain regulatory approval due to Defendants’ actions in another market in violation of federal regulations.  After defeating a motion to dismiss and engaging in discovery, the case was successfully resolved and the purchase agreement was completed.

Antitrust Class Action Settlement, Circuit Court of Jackson County, Missouri:   Alex was a part of the litigation team that, in November 2015, secured final approval of a $3,500,000 settlement between a certified class of Missouri citizens who had purchased milk and cream products and Defendant.  The lawsuit stemmed from one of Defendant’s programs whereby Defendant incentivized member farmers to cull their cattle herds, which artificially increased the price of milk and dairy products in Missouri in violation of the Missouri Merchandising Practices Act.  The case was settled following class certification, denial of a writ related to class certification, and argument on summary judgment.