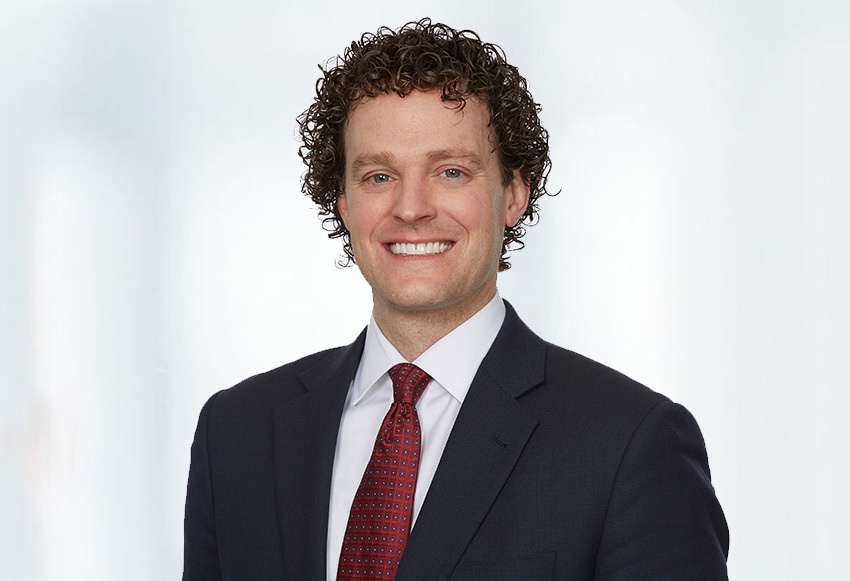 Ethan Lange represents individuals and businesses in a wide variety of high-stakes cases, including business disputes, nationwide class actions, multidistrict litigation, antitrust lawsuits, patent infringement matters, personal injury cases, civil rights cases and will contests. He has served clients from all walks of life, ranging from Fortune 500 companies to prisoners; regardless of the size of the case or the means of his clients, Ethan works tirelessly to secure the most favorable outcome possible.

Ethan’s practice is concentrated in litigation, arbitration and other trial work that includes first-chair federal and state jury trial experience. In addition to his trial exposure, he has handled numerous hearings, depositions, mediations and motions.

In one recent matter, Ethan served on the trial team in Vogt v. State Farm Life Insurance Co., a class-action lawsuit in the U.S. District Court for the Western District of Missouri that alleged the insurance company overcharged its policyholders for 23 years. He picked the jury, cross-examined the key expert witness, and assisted with jury arguments. The case resulted in a substantial verdict after just two hours of jury deliberations. The verdict has since been affirmed on appeal.

In other recent matters, Ethan, along with his colleagues, successfully briefed class certification motions, resulting in the certification of two different classes with more than 80,000 policyholders in each.

Ethan began his legal career in the Dallas office of a national trial boutique, Diamond McCarthy, where he was introduced to high-stakes complex litigation.

He then served as a law clerk for Judge Ed Kinkeade of the U.S. District Court for the Northern District of Texas. During his clerkship, Ethan was involved in hundreds of different lawsuits, including civil and criminal trials. He credits this trial exposure with affirming his desire to pursue justice for his clients in the courtroom.

Following his clerkship, Ethan practiced at Locke Lord, one of the largest law firms in the country, where he represented clients in jury and bench trials in federal and state courts, as well as arbitration and mediation proceedings.

He joined Stueve Siegel Hanson in 2015. Ethan quickly became an integral part of the team and hasn’t stopped racing across the country to depose witnesses, appear before courts, try cases, mediate disputes, and speak about his expertise.

Ethan is a founding board member for the National Board of Complex Litigation Lawyers, a division of the National Board of Trial Advocacy, where he will work with federal and state judges and nationally recognized lawyers to shape the future of complex litigation. Ultimately, the Board will create a certification that shows attorneys have established credibility and experience in complex litigation.

Ethan has repeatedly been named a “Rising Star” by Missouri/Kansas Super Lawyers (and in Texas too), and is a frequent speaker on class action and complex litigation topics.

When he isn’t practicing law, Ethan devotes his time to his wife and four children. Ethan serves in a leadership capacity at his local church in the marriage ministry and volunteers in the children's ministry. Ethan is also pursuing his passion for Kansas City’s homeless population as well as fostering children in the future.

For more than a dozen years, Ethan has successfully represented a variety of clients in complex civil lawsuits at both the trial court and appellate levels in courts across the country. He has defended and/or prosecuted claims in the areas of antitrust, business litigation, probate, patent infringement, environmental contamination, civil rights, personal injury, and class actions.

The following cases are illustrative examples of Ethan's experience:

Example of a Current Case

Ethan represents numerous policyholders in federal and state courts across the country against a variety of life insurance companies.  For example, in Vogt v. State Farm Life Insurance Company (Breach of Contract/Class Action), Ethan sued State Farm on behalf of a policy owner claiming State Farm was impermissibly draining his life insurance account with improper deductions.  The case went to trial and the jury returned a verdict in favor of Ethan’s client and the class of Missouri State Farm policyholders in the amount of $34,333,495.81.

Examples of Past Cases

In November 2017, Ethan extensively negotiated and eventually secured a confidential settlement in a business litigation matter between two corporate parties relating to a breach of contract.

In January 2015, in Sayas v. Taherzadeh et al., Civil Action No. 1:13-cv-00215 (U.S. District Court Southern District of Texas), a confidential settlement was reached after the Southern District of Texas agreed with Ethan’s legal position regarding federal jurisdiction.  In that regard, Ethan successfully argued to the Court that jurisdiction was proper, even though there were numerous procedural and logistical hurdles for the Court to retain jurisdiction.

In November 2014, Ethan secured a $14,000 jury verdict and judgment, including actual and punitive damages, against a Dallas County Sherriff’s Department officer for assaulting Ethan’s client, who was incarcerated in a Dallas County jail at the time of the assault.  The result was upheld by the United States Court of Appeals for the Fifth Circuit.  In addition to the trial victory, Ethan was awarded his costs and attorney fees.  Ethan’s client was thrilled about the result considering the near insurmountable hurdles for a felony inmate to prevail against a jail officer.

In September 2014, in R N D Productions, Inc. v. Andrew Seeley and Walt Disney Company, Civil Action No. 4:13-CV-001751 (U.S. District Court Southern District of Texas), after Ethan orally argued the motion to dismiss he drafted to the judge, he secured a favorable dismissal for his client, The Walt Disney Company.  Ethan’s client was very pleased with the result because it did not want to litigate the copyright and trademark lawsuit in Houston, Texas.

In November 2013, Ethan successfully defended his client against claims of fraud and forgery.  Ethan’s diligence and careful review uncovered favorable facts that ultimately led to the Northern District of Texas agreeing with Ethan’s position in a motion for summary judgment and dismissing the lawsuit against his client.  Peterson v. Wells Fargo Bank, N.A., Civil Action No. 4:11-cv-00404 (U.S. District Court Northern District of Texas).

In Schroeder v. Wildenthal et al., 515 Fed. Appx. 294, 2013 WL 703646 (5th Cir. Feb. 26, 2013), the plaintiff, a wealthy heir to his mother’s vast estate, alleged the Dallas Museum of Art (Ethan’s client) deprived him of an inheritance of nearly $400 Million of artwork and a $40 Million residence in France.  Despite the complexities of the case and the applicability of French law, Ethan argued in a motion to dismiss that the plaintiff’s case should be dismissed.  The Northern District of Texas agreed with Ethan’s position and found in favor of his client.  In February 2013, after oral argument, the United States Court of Appeals for the Fifth Circuit affirmed the decision of the Northern District of Texas in favor of Ethan’s client.  Ultimately, the Dallas Museum of Art was pleased to retain the beautiful artwork.  The district court’s written decision can be found at Schroeder v. Wildenthal, 2011 WL 6029727 (N.D. Tex. Nov. 30, 2011).

In addition to the cases listed above, Ethan has secured numerous positive results for his clients, including favorable resolutions and settlements.

Co-Author, Debating Third-Party Policy Deadlines: Why Texas Should Equitably Toll an Insured’s Claim for Breach of the Duty to Defend, 61 BAYLOR L. REV. 610 (2009)

Moderator of CLE presentation by Tenth Circuit Judge Robert E. Bacharach about his new book: Legal Writing: A Judge's Perspective on the Science and Rhetoric of the Written Word

Selected as a “Rising Star” by Super Lawyers, which is reserved for no more than 2.5 percent of eligible lawyers, in Texas and Missouri & Kansas