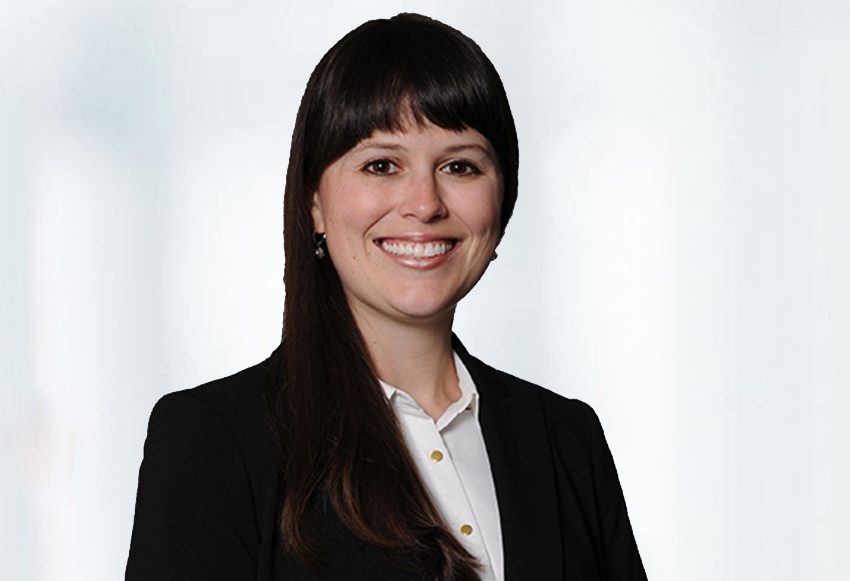 Jillian Dent represents individuals in privacy, consumer, and civil rights class-action litigation. As a former corporate defense attorney and judicial law clerk, she brings a well-rounded litigation acumen to her cases; clients benefit from her ability to assess cases from multiple perspectives in order to develop and pursue the best strategic courses of action.

Among her recent results:

Prior to joining Stueve Siegel Hanson LLP, Jillian served as a judicial law clerk to Judge Duane Benton of the U.S. Court of Appeals for the Eighth Circuit – an experience which provided her with an inside look at how appellate decisions are made and what arguments prove most persuasive on appeal.

Jillian then served as a litigation associate at Sidley Austin LLP in Chicago, where she represented sophisticated clients in complex litigation, including matters involving breach of contract, business torts, breach of fiduciary duty and securities class actions. During her time at Sidley Austin, Jillian honed her skills at all stages of litigation, from dispositive motions to preparation for trial.  She is experienced in discovery, and has managed large-scale document productions, written and defended against numerous motions to compel, and handled depositions, including deposing an executive and employees at a Fortune 500 company and second-chairing the two-day deposition of a Fortune 500 CEO. She also maintained an active pro bono practice, representing two clients as part of Sidley’s Capital Litigation Project.

Before her time as an attorney, Jillian was a high-school teacher in Kansas City, Missouri with Teach for America; she taught 10th, 11th and 12th grade English, AP Literature, theatre arts, and creative and critical writing. She credits her experience in the classroom for her ability to think on her feet, to break down complex issues, and to craft persuasive and engaging arguments.

In re: Capital One Consumer Data Security Breach Litigation (Eastern District of Virginia): Jillian is part of the team litigating plaintiffs’ claims stemming from the data breach Capital One announced in July 2019. She was one of the primary drafters of SSH’s first complaint filed in July 2019, as well as the representative complaint filed in March 2020 after Norman Siegel was appointed as co-lead counsel. Since then, Jillian has led many facets of fact discovery, which has occurred over a ten-month period, including briefing and arguing several motions to compel, negotiating custodians and search terms with both defendants, drafting and serving multiple rounds of discovery, managing a large-scale document review, and taking multiple depositions and seconding many more as part of a team that took over 40 depositions.

Bishop et al. v. DeLaval Inc. (Western District of Missouri): Jillian is part of the team that filed a class-action lawsuit against DeLaval Inc. on behalf of dairy farmers who purchased and were dissatisfied with DeLaval’s voluntarily milking system robots. The lawsuit alleges that the robots were defective and failed to perform as represented. In January 2020, the Court denied defendants’ motions to dismiss, as well as defendants’ motion to strike class allegations. Jillian was the primary author of the opposition to the international defendants’ motion to dismiss for lack of personal jurisdiction and successfully argued plaintiffs’ opposition before the Court. See Bishop v. DeLaval Inc., No. 5:19-CV-06129-SRB, 2020 WL 4668755 (W.D. Mo. Jan. 28, 2020). Currently, Jillian is leading the charge of fact discovery, negotiating discovery disputes and taking depositions. She has recently briefed and argued several discovery disputes in front of the Court.

Kruger v. Lely North America et al. (District of Minnesota): Jillian is part of the team that filed a class-action lawsuit against Lely North America. Inc. et al. on behalf of dairy farmers who purchased and were dissatisfied with Lely’s Astronaut A4 robotic milker, which Plaintiff has alleged was defective. Jillian successfully briefed and argued against the international defendants’ motion to dismiss for lack of personal jurisdiction, which was denied in December 2020.

TurboTax Free-to-File Class Action (Northern District of California): Jillian is part of the team that filed the nation’s first class action lawsuit against Intuit, Inc., maker of the popular tax preparation software TurboTax, on behalf of low-income taxpayers who were tricked into paying for tax-filing services that should have been free through a government-mandated agreement with the IRS. The lawsuit alleges that Intuit violated its agreement with the IRS by intentionally driving customers away from its free software and programming its website to hide the free filing option from search engines in favor of paid product offerings. Stueve Siegel Hanson’s Norman E. Siegel was appointed interim co-lead class counsel, and Jillian is working with him, Austin Moore, Brad Wilders, and co-counsel in litigating the case.

Missouri and the Charter School Puzzle: A Story with an Uncertain Ending, 79 MO. L. REV. 733

The Modernists, Young Supporters of the National WWI Museum and Memorial, Member