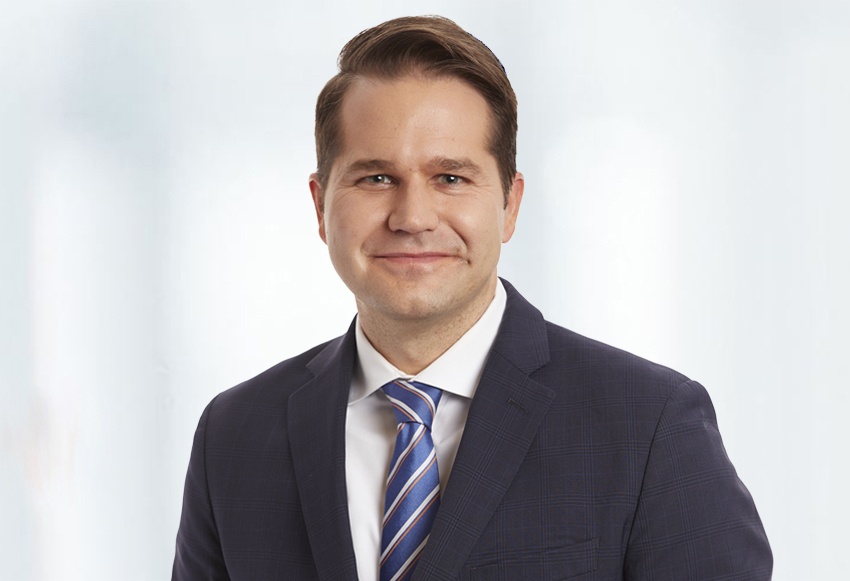 Brad is not afraid to take a case to trial if that is what it takes to secure a fair resolution for his clients.  In one recent engagement, Brad was a critical part of the team that achieved a $217.7 million judgment on behalf of Kansas farmers against an international corn seed manufacturer.  After the trial, the case settled for all U.S. farmers for $1.51 billion, which is the largest agricultural settlement in U.S. history. The litigation stemmed from allegations that the seed manufacturer introduced genetically modified corn seed into the U.S. corn supply before it was approved for import into China; as a result, China stopped buying corn from U.S. farmers, causing lower corn prices and other economic losses. In approving the settlement, the federal district judge described the work undertaken by Brad and other lawyers on the team as “complex and difficult” and that the work they performed was “consistently excellent, as evidenced at least in part by plaintiffs’ significant victories with respect to dispositive motion practice, class certification, and trial.”  Brad a significant role on all three of these issues.  His arguments raised critical issues about the biotech industry and its duty to act reasonably when launching new products, resulting in favorable orders that will protect U.S. farmers in the future.

Brad especially enjoys representing small businesses and individuals; in his most personally rewarding case, he represented the long-time photographer for the Kansas Chiefs whose work was used without permission at Arrowhead Stadium. Brad negotiated a satisfactory to all parties.

Prior to joining Stueve Siegel Hanson, Brad clerked for Judge John R. Gibson of the U.S. Court of Appeals for the Eighth Circuit, where he was given the rare opportunity to work on cases in five of the 11 federal appellate courts. He draws upon this experience in his current practice, where he has handled multiple successful appellate cases.

Brad then served as an associate at an Am Law 100 international firm in Chicago, where he defended one of the world’s largest computer companies against multiple accusations of patent infringement.

Named among the Missouri/Kansas “Super Lawyers,” Brad has served as a special master in federal litigation, overseeing discovery disputes and settlement matters in a complex class-action case.

Brad is also active in the local bar. He was elected Treasurer/Secretary of the Federal Practice Committee of the Kansas City Metropolitan Bar Association, and he was appointed by the court to the District of Kansas’ Bench-Bar Committee for a three-year term beginning in 2020.

Bishop et al. v DeLaval Inc.  Brad represents dairy farmers in lawsuits alleging that their robotic milking system was defective and suffered serious operational problems.  The case was filed in 2019 and is pending in the United States District Court for the Western District of Missouri.

Jackson County v. Trinity.  Brad current represents Jackson County and a class of other counties, the Missouri Department of Transportation and the City of St. Louis in a lawsuit alleging that Trinity provided defective guardrail end terminals.  The case is set for trial in April in Circuit Court in Jackson County.

In re Syngenta MIR162 Corn Litigation.  In 2015 corn farmers were rocked by the loss of an important export market, which caused the price of corn to fall. Brad represented thousands of corn producers nationwide in recovering their losses. He worked on their cases through a trial that resulted in a $218.7 million verdict for Kansas corn farmers. That verdict was used to pressure the defendant into an historic $1.51 billion settlement, covering all corn farmers in the United States. As part the litigation team, Brad successfully developed and argued many of the key legal issues in the case, extracted testimony from defendants’ witnesses that was  used in trial, and spearheaded the successful defense of the settlement on appeal. Being a part of this recovery for corn farmers has been one of the most fulfilling professional engagements in Brad’s career.

Perrin v. Papa John’s.  Brad represents thousands of pizza delivery drivers who worked for Papa John’s in minimum-wage cases, where drivers allege they were not fully reimbursed for the costs of using their personal cars to deliver pizzas.  They recently succeeded in obtaining class certification.  Brad was involved in the briefing of that motion.  Discovery is ongoing.

Bezich v. Lincoln National Life Insurance Co., Brad represents Peter Bezich, who purchased a variable-universal-life-insurance policy and alleges that the insurer overcharged him for the cost of that insurance in violation of the policy.  Mr. Bezich recently moved for class certification and the parties are waiting for a ruling.

Cox v. General Motors.  Brad is one of the attorneys at Stueve Siegel Hanson LLP who represent a GM car owner who purchased a vehicle that is subject to GM’s nationwide recall for faulty ignition switches.

Ryan et al. v. Skyline Medical, Inc.  Brad represents a Wisconsin inventor who designed a patented device for removing surgical fluid from the operating table.  The lawsuit alleges that the company who sells the product breached its contract with Ryan to pay him royalties and defrauded him into giving up ownership in the patents.

Hank Young v. Kansas City Chiefs Football Club, Inc. From 2011 to 2013, Brad represented Hank Young, a respected and nationally recognized photographer who took photographs of the Kansas City Chiefs for forty years.  Mr. Young alleged that the team and others who worked on the renovation of Arrowhead Stadium in Kansas City, Missouri used his photographs without authorization as a central design element of the new stadium.   The lawsuit filed by Brad and Stueve Siegel Hanson partner Patrick J. Stueve asserted claims for copyright infringement and fraud.

Joannou v. Lincoln Hockey LLC, et al. Brad represented a Washington D.C. area artist in a lawsuit against the owners of the Washington Capitals, a National Hockey League team, for copyright infringement. The lawsuit alleged that defendants copied and misappropriated the plaintiff's copyrighted logo designs throughout all forms of media and merchandising. This matter has been settled to the mutual satisfaction of the parties.

Seaboard Corp. v. Marsh Inc. Brad represented Seaboard, one of Kansas's largest businesses, against insurance companies Marsh Inc. and AIG. Seaboard sought $66 million in premiums paid and several million dollars in consulting fees from its insurance broker Marsh and insurance giant AIG for illegally conspiring to rig Seaboard's bids. Seaboard's complaint arose out of allegations made by the New York Attorney General and an ongoing federal class action. The case went to the Kansas Supreme Court on an issue of first impression regarding the statute of limitations that was favorably resolved for Brad’s client.

Leiszler v. Align Technology, Inc. Brad represented a putative nationwide class of more than 22,000 dentists and orthodontists against Align Technology, Inc., the makers of Invisalign, for unfair and fraudulent business practices in the State of California. Plaintiffs alleged that Align unfairly and fraudulently suspended or decertified doctors who paid $2,000 to become trained to prescribe Invisalign for failing to prescribe enough yearly cases. The case was settled in favor of the plaintiffs for more than $44 million in injunctive relief, along with nearly $7.8 million cash settlement fund.