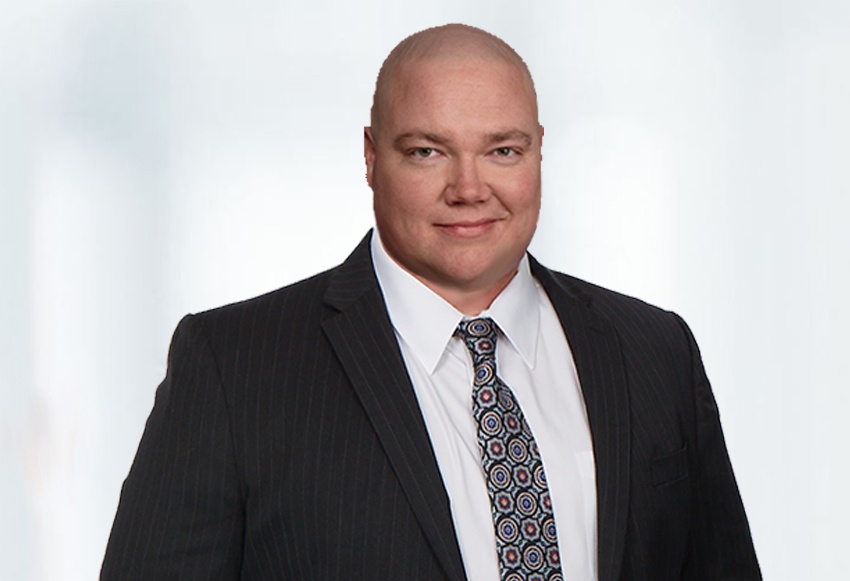 Barrett Vahle represents consumers and companies in complex litigation; he pursues resolutions for clients through trial, arbitration, mediation, and settlement. Recognized for years as a “Super Lawyer,” Barrett focuses his practice on a wide range of consumer class actions involving data breaches, privacy, banking practices, and unfair practices in the sales and marketing of consumer goods. He also represents businesses in commercial disputes against their suppliers and contractors.

Data Privacy. Barrett is among the country’s most experienced attorneys in data privacy and cybersecurity litigation; he currently represents consumers in multidistrict litigation leading to a landmark settlement following Equifax’s 2017 data breach that compromised the personal information of more than 148 million nationwide. In another recent engagement, Barrett was appointed class counsel in successful litigation stemming from a data breach that compromised CareCentrix employees’ personal information.

Barrett also served as co-lead consumer counsel in multidistrict litigation against Home Depot after a 2014 data breach exposed payment card information for 50 million shoppers. The settlement set the standard for resolution of data breach cases, including payment of a cash fund, credit monitoring and identity theft protection for class members, and improvements in the company’s data security practices.

Consumer Class Actions. Barrett serves in leadership roles in other high-profile consumer class actions. He played a key role in obtaining a Missouri Lawyers Largest Plaintiff’s Settlement in  a consumer MDL involving sales of pre-filled propane tanks, and one of the largest settlements in Missouri history against Merck & Co. for its sales and marketing of the drug Vioxx. He is most proud of securing $30 million in settlements on behalf of bank debit-card customers who alleged unfair overdraft fees.

Barrett credits his two federal clerkships – one with Judge Duane Benton of the U.S. Court of Appeals for the Eighth Circuit, one with Judge Dean Whipple of the U.S. District Court for the Western District of Missouri – for honing his legal writing and providing first-hand perspective on the federal court process. He credits his childhood on a Missouri family farm for teaching him the value of hard work.

Barrett is committed to understanding each client’s business context; on one significant matter, Barrett spent weeks on-site at a client’s facility, where he learned the company’s systems and worked alongside senior management, auditors, and accountants. This experience provided him with significant business context, a complement to his legal training.

In re: Dominion Dental Services USA, Inc. Data Breach Litig. (E.D. Va.) – Barrett serves as plaintiffs’ co-lead and interim class counsel in this case against a leading insurer and administrator of dental and vision benefits. The plaintiffs allege that Dominion suffered a data breach whereby the sensitive personal, financial, and medical information of nearly three million health plan members was accessed as part of an ongoing, nine-year long data breach. The case was filed in August 2019 and is ongoing.

In re: Equifax, Inc., Customer Data Security Breach Litig. (N.D. Ga.) – Norman Siegel serves as plaintiffs’ co-lead counsel and as chair of the settlement committee in the largest data breach multi-district litigation to date. Norman led several aspects of the case including the negotiations leading to the historic $1.5 billion settlement – by far the largest data breach settlement in history. In addition to extensive work on the settlement, Barrett served as the lead drafter of the consolidated complaint and successful opposition to Equifax’s motion to dismiss.

In re: Home Depot Customer Data Security Breach Litig. (N.D. Ga.) – Barrett served as plaintiffs’ co-lead counsel and participated in all aspects of this MDL including negotiations resulting in a settlement that provided a multimillion-dollar cash fund, identity theft protection, and injunctive relief to the settlement class. The case was resolved one year after appointment of lead counsel.

CareCentrix Data Breach Litig. (D. Kan.) – Barrett served as lead and settlement class counsel in this phishing case compromising the social security numbers of thousands of CareCentrix employees. The case was settled in December 2017 and included automatic cash payments to class members with fraudulent tax returns, believed to be the first data breach settlement to include this feature.

Heeger v. Facebook, Inc. (N.D. Cal.) – Barrett is co-lead counsel in a class action alleging that Facebook’s location tracking practices violate users’ right to privacy and intrude on their personal affairs without consent. Barrett and co-counsel argued against a motion to dismiss, and discovery is ongoing.

Plubell, et al. v. Merck & Co., Inc. (Cir. Ct. Jackson County, Mo.) – Barrett, along with other Stueve Siegel Hanson attorneys, prosecuted a Missouri statewide class action on behalf of all Missouri purchasers of Vioxx, the Cox-2 pain reliever that Merck pulled off the market after the FDA identified several misleading sales practices. After the firm defeated an interlocutory appeal, the case was certified as a class action and set for trial. On the eve of trial, the firm reached a settlement making available to the class $220 million in cash compensation.

In re: Pre-Filled Propane Tank Marketing and Sales Practices Litig. (W.D. Mo.) – Barrett is a member of the team that prosecuted this multi-district litigation related to underfilled propane tanks in the Western District of Missouri. Plaintiffs generally alleged that Defendants AmeriGas and Ferrellgas conspired to reduce the amount of propane sold in replacement barbeque-type propane cylinders but continued to sell the cylinders as "full." More than 15 cases were filed around the country and eventually consolidated by the Judicial Panel on Multidistrict Litigation. In 2010, the Court approved a class action settlement between plaintiffs and AmeriGas for $10 million, and appointed Stueve Siegel Hanson as settlement class counsel. In 2012, the Court approved a class action settlement of $25 million between plaintiffs and Ferrellgas.

In re: Pre-Filled Propane Tank Antitrust Litig. (W.D. Mo.) – Barrett is prosecuting this multi-district litigation on behalf of retail consumers of pre-filled propane tanks, alleging, among other things, that the tank suppliers colluded to decrease the fill amount and thereby increase the sales price of the tanks. This litigation of claims brought under state antitrust laws is ongoing, on remand from the U.S. Court of Appeals for the Eighth Circuit.

Molina v. Intrust Bank, N.A. (Dist. Ct., Sedgwick County, Kan.) – In January 2012, Barrett successfully obtained a $2.7 million settlement for plaintiffs in a class action lawsuit against Intrust Bank and its affiliates for overdraft fees assessed by the bank to their customers.

Crossroads Wireless Litig. (Cir. Ct. Jackson County, Mo.) – Barrett was part of the team that successfully litigated this securities case against investment bankers and brokers for statutory and common law fraud. The firm represented more than a dozen independent telephone companies and not-for-profit co-ops in Missouri, Kansas, Nebraska and Kentucky seeking to recover nearly $40 million they invested in the now-defunct Crossroads Wireless project. Defendants in the case included investment banks Brown Brothers Harriman and George K. Baum. A confidential settlement was reached on behalf of the telephone companies.

While at Sonnenschein Nath & Rosenthal LLP (now Dentons), Barrett devoted a significant portion of his practice to criminal defense and post-conviction relief work, including:

United States v. Kathryn Shields, et al. (W.D. Mo. 2007) – With his mentor Curtis E. Woods, Barrett prepared and defended a one-month jury trial of a criminal mortgage fraud conspiracy case. Both of their clients were acquitted of all charges. Nine other defendants were either convicted at trial or pleaded guilty and cooperated with the government.

Faculty, Tips from Experts: Navigating the Pros and Cons of Arbitration (2015)