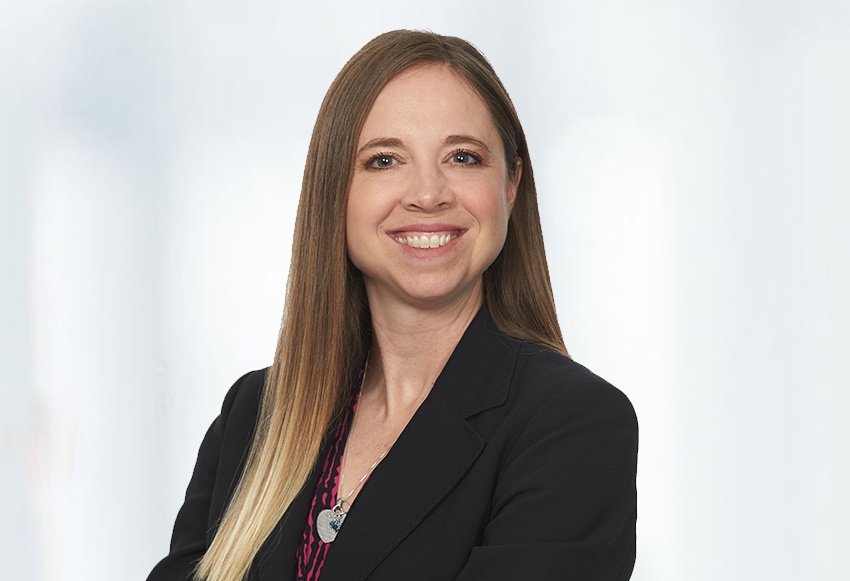 Lindsay Todd Perkins focuses her practice on legal writing and researching. Recognized as a 2020 “Rising Star” by Law360, she develops strategies and arguments for briefings to the court; interprets laws, rulings and regulations; and drafts complaints, memoranda, and appellate briefs.

In one recent matter, Lindsay served on the trial team in Vogt v. State Farm Life Insurance Co., a class-action lawsuit in the U.S. District Court for the Western District of Missouri that alleged the insurance company overcharged its policyholders for 23 years. The case resulted in a $34 million verdict after just two hours of jury deliberations. Lindsay prepared the jury instructions and post-trial and appellate briefing.

Lindsay also took primary drafting responsibility for the appeal in a class action matter, Bezich v. The Lincoln National Life Insurance Co. She successfully defended the certification of the class of plaintiffs who alleged inappropriate fees and charges on their life insurance policies. The lawsuit ultimately resolved with a settlement valued at approximately $171.8 million.

Lindsay also focuses a significant portion of her practice on data and privacy litigation, taking a lead role in preparing the pleadings and briefing in cases against Marriott and the National Board of Examiners in Optometry, among others.

Lindsay honed her legal writing and analysis during two clerkships after law school; she served as a law clerk for Judge Duane Benton of the U.S. Court of Appeals for the Eighth Circuit and Judge Ortrie Smith of the U.S. District Court for the Western District of Missouri. She credits this experience with building her understanding of the inner-workings of the court and the most persuasive arguments.

Prior to joining Stueve Siegel Hanson, she practiced commercial and employment litigation at Spencer Fane LLP.

Over the past 10 years, Lindsay has successfully represented a variety of clients in complex civil lawsuits at both the trial court and appellate levels in courts across the country. She has defended and/or prosecuted claims in the areas of business litigation, employment, and class actions.

Lindsay represents numerous policyholders in federal and state courts across the country against a variety of life insurance companies.  For example, in Vogt v. State Farm Life Insurance Company, Lindsay sued State Farm on behalf of a policy owner claiming State Farm was impermissibly draining his life insurance account with improper deductions.  The case went to trial and the jury returned a verdict in favor of Lindsay’s client and the class of Missouri State Farm policyholders in the amount of $34,333,495.81.  Additionally, in Larson v. John Hancock Life Insurance Company (U.S.A.), pending in the Superior Court for the State of California in Alameda County, Lindsay represented a policyholder who bought a policy from John Hancock Life Insurance Company.  In essence, the lawsuit alleged that John Hancock breached the life insurance policy by deducting funds from the policyholder’s account that were not authorized by the policy.  In January 2018, the parties settled the lawsuit for $59,750,000.  On May 8, 2018, the court approved the settlement after the final fairness hearing.

Lindsay also represents consumers whose personal information was compromised in corporate data breaches. For example, in Hutton v. National Board of Examiners in Optometry, filed in the District of Maryland, Lindsay worked on behalf of more than 61,000 optometrists who had their personal information compromised by the national optometry board. Following nearly three years of litigation that included a successful appeal to the Fourth Circuit, the Court approved an “outstanding” $3.25 million settlement which permits class members to receive, among other benefits, $1,000 for self-certified time spent dealing with the breach, believed to be the most in any data breach settlement in history. Additionally, Lindsay represents consumers in multi-district litigation against Marriott and Starwood Hotels following a four-year long data breach that resulted in the unauthorized access of 383 million guest records including nearly 24 million passport numbers. Lindsay is on the team taking a lead role in preparing the substantive briefing in the litigation.

Lawyers Association of Kansas City  – Board of Directors – President 2019-2020