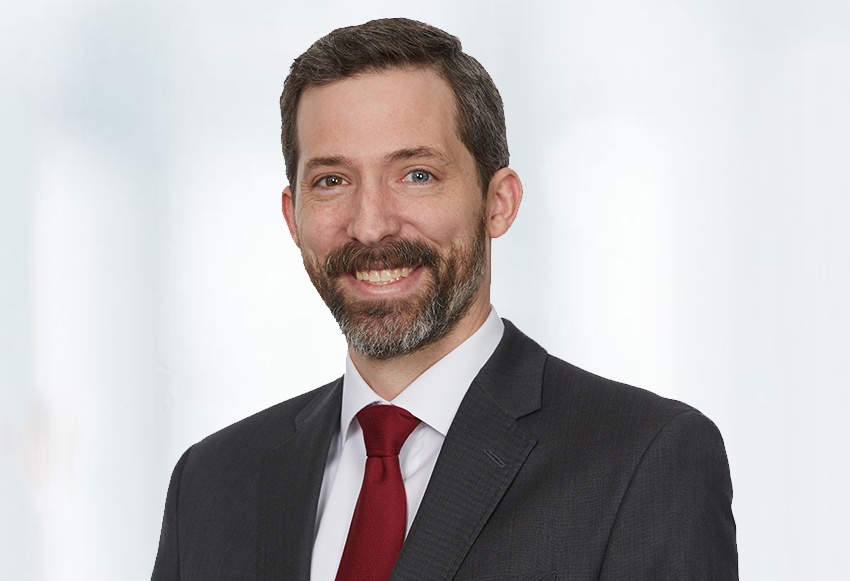 An engineer by training, David Hickey advises individuals and companies in high-stakes litigation requiring in-depth technical and factual analysis. David leverages his knowledge of financial, scientific, and actuarial practices to develop winning legal strategies. He prides himself on learning every intricacy in each of his cases.

David has successfully litigated complex cases in both state and federal courts around the nation, advocating for clients in areas including:

Antitrust. David helps businesses that have suffered losses from price fixing, monopolization, conspiracy to restrain trade, and more. He represented one of the largest grocery wholesalers in an antitrust matter against the country’s largest potato sellers, who were alleged to have fixed the price of fresh and processed potatoes nationwide; he previously represented the same client in an antitrust dispute surrounding a conspiracy to increase the price of eggs under the guise of animal welfare. Stueve Siegel Hanson achieved favorable settlements in both lawsuits.

Cost of Insurance. David works on behalf of consumers who are being improperly overcharged for life insurance policies; he is a part of the Stueve Siegel Hanson team that pursues class action litigation against life insurance companies for unauthorized hidden fees and rate increases. The team’s recent accomplishments include a $59.75 million settlement in a class action lawsuit against John Hancock and a $34.3 million jury verdict in a class action lawsuit against State Farm.

Before joining Stueve Siegel Hanson in 2010, David worked as a summer clerk for Judge David Waxse at the U.S. District Court for the District of Kansas and practiced at another Kansas City law firm.

He volunteers with Legal Aid of Western Missouri’s Volunteer Attorney Project, where he represents low-income individuals in civil matters. David is an avid Kansas City sports fan and runs in a wide variety of local road races.

Vogt v. State Farm Life Insurance Company. Our firm represented policy owners claiming State Farm was impermissibly draining their universal life insurance policies by over-charging on the monthly deductions.  The case went to trial in 2018 and the jury returned a verdict in favor of the class of Missouri State Farm policyholders in the amount of $34,333,495.81.

In Re: Syngenta AG MIR 162 Corn Litigation, MDL 2591. Our firm represented corn farmers, grain elevators, and ethanol plants throughout the United States asserting claims against Syngenta for market damage stemming from the contamination of the U.S. corn supply with unapproved GMO corn. In June 2017, SSH and our co-counsel secured a jury verdict for $217.7 million on behalf of a class of Kansas farmers, the 10th largest jury verdict in the country in 2017 according to the National Law Journal. Following this verdict, a $1.51 billion settlement on behalf of nationwide classes of corn farmers, grain handling facilities, and ethanol production plants was reached with Syngenta, the largest settlement in the history of GMO agricultural litigation.

Gray, Ritter & Graham, et al. v. Goldman Phipps PLLC, et al. & Gray, Ritter & Graham, P.C., et al. v. Riceland Foods, Inc. Our firm prosecuted a class action on behalf of law firms and rice farmers who contributed funds to pay for the prosecution of claims in the In Re: Genetically Modified Rice Litigation.  The plaintiffs alleged that certain law firms and rice sellers used the legal work paid for by plaintiffs, while refusing to contribute to the common fund.  Plaintiffs sought contribution from those defendants under the theories of unjust enrichment and quantum meruit.  Through settlements and Court orders, Stueve Siegel Hanson recovered in excess of $11 million for our clients and the class.

In re Fresh and Process Potatoes Antitrust Litigation. Our firm represented Associated Wholesale Grocers, Inc. against the country's largest potato growers and shippers alleging that these defendants fixed the price of fresh and processed potatoes. The plaintiff alleges that starting in 2004, defendants conspired to use pre-harvest and post-harvest methods to control and reduce the supply of potatoes in order to raise and control the prices at which potatoes were sold in the United States.  After three years of litigation, Stueve Siegel Hanson successfully reached a settlement with defendants in 2016.

Plubell, et al. v. Merck & Co., Inc. David helped prosecute a Missouri statewide class action on behalf of all Missouri purchasers of Vioxx, the NSAID pain reliever that Merck pulled off the market after the FDA identified serious risks and misleading sales practices. Defendants attempted to remove the case to the Federal District Court for the Western District of Missouri under CAFA. SSH argued and won in the Eighth Circuit Court of Appeals the affirmation of the trial court's remand to state court. The case was certified as a class action. In October 2012, a settlement was reached. Under the settlement terms, qualifying Missouri consumers of Vioxx may be reimbursed in full for their Vioxx purchases. David and SSH were recognized by Missouri Lawyers Weekly as securing the Top Plaintiff Win in 2013 by virtue of this $220 million settlement for Missouri consumers.

In re: Bank of America Wage and Hour Employment Practices Litigation. David helped prosecute this multi-district litigation that brought together various wage and hour claims against Bank of America on behalf of current and former non-exempt retail-branch and call-center employees who sought back pay for unpaid wages and overtime pay. Recently, SSH successfully negotiated a settlement on behalf of our clients.