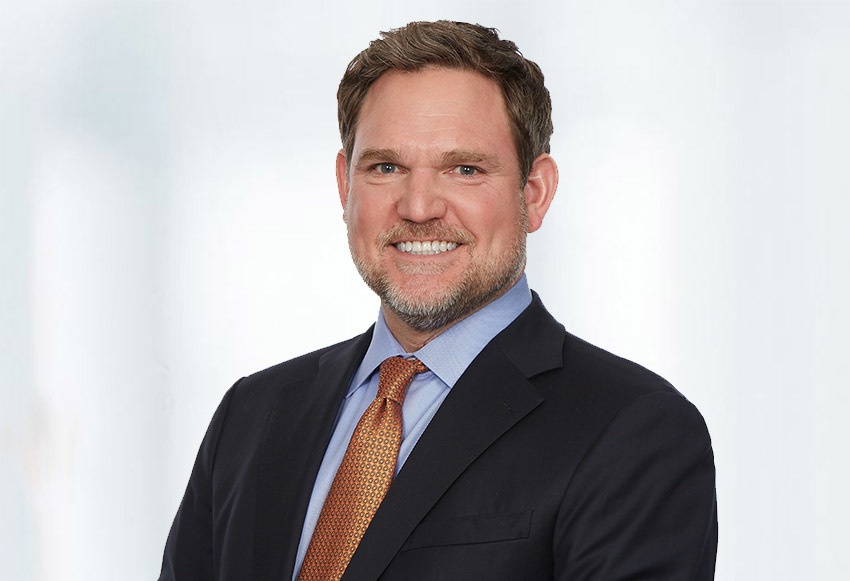 George Hanson prosecutes high-stakes cases against some of the nation’s largest corporations and consistently delivers excellent results for his clients. He has vast experience and a proven track record representing plaintiffs in traditional business litigation, including breach of contract, breach of fiduciary duty, intellectual property, tortious interference and more.

George has significant experience negotiating and litigating on behalf of senior executives when they are terminated, depart their current positions, or act as whistleblowers revealing unlawful conduct. He protects executive compensation, bonuses and. incentives, future earned commissions, and the ability to start new employment. And he navigates disputes involving contracts, unfair competition, trade secrets, noncompete and non-solicitation agreements, severance agreements, retaliation and more.

George also has earned a national reputation for prosecuting wage and hour cases on behalf of disenfranchised workers, protecting their right to “a fair day’s pay for a fair day’s work.” After a landmark trial where he delivered a victory for a class of meat-packing workers, a distinguished federal judge described George’s wage and hour experience as having “unmatched depth.”

George has been named lead or co-lead attorney in more than 100 wage and hour actions filed in state and federal courts across the country and been appointed lead counsel in three Multidistrict Litigations (MDLs). He has appeared in 34 states, litigating matters involving overtime, minimum wage, work without pay, unreimbursed business expenses, donning and doffing, and independent contractor misclassification. George is passionate about leveling the playing field for workers and closing the gender wage gap. As a result of George’s work, employees have recovered more than $300 million in settlements and judgments in wage and hour cases.

George has served clients in a number of industries, including financial services, hospitality and food service, cable and satellite television, pizza delivery, pharmaceutical companies and retail. George recently led a nationwide Fair Labor Standards Act litigation against DIRECTV over claims of minimum wage, overtime and independent misclassification violations. The litigation ultimately involved more than 3,000 plaintiffs in three collective actions and many hundreds of individual cases; it resulted in a series of favorable settlements for the workers involved.

George has been named among the Kansas City Business Journal’s “Best of the Bar,” is a Missouri/Kansas Super Lawyer and is listed in Best Lawyers in America in three categories: commercial litigation, employment law, and mass torts/class actions. He has been honored by the National Law Journal as a Plaintiffs’ Lawyer “Trailblazer,” named a Best Lawyers in America “Lawyer of the Year” for mass tort/class action litigation and both a “Local Litigation Star” and a “Labor and Employment Star” by Benchmark Plaintiffs.

George spends his free time at his “home on the range” in rural Greenwood County, Kansas, where he runs cattle and grows corn, soybeans, milo, sunflowers and wheat, and helps his son wrangle their two pet snakes.

Upon graduation, George accepted a judicial clerk position with the Honorable Harriet Lansing of the Minnesota Court of Appeals. After completing his judicial clerkship in 1993, George joined Blackwell Sanders Matheny Weary & Lombardi, now Husch Blackwell Sanders, as an associate in the Labor and Employment Department. He was elected to the firm's partnership in 1999, and served as Chair of the Hiring Committee. During his tenure at Blackwell Sanders, George represented many of the region's leading companies, including Hallmark Cards, UtiliCorp United, Saint Luke's/Shawnee Mission Heath System and The Kansas City Star. In 2001, George left Blackwell and joined Stueve Siegel Hanson LLP as a partner to develop his litigation practice in a more results-oriented and entrepreneurial environment.

George is an experienced commercial litigator and trial attorney. George has successfully tried many cases to judges and juries in both state and federal court, and has extensive experience representing clients in arbitration. In addition to trial work, George has developed an active appellate practice and has successfully argued numerous cases before state appellate courts in Missouri, Kansas and Illinois, and federal appellate courts in the Eighth, Ninth and Tenth Circuits.

In addition to complex commercial litigation and trial work, George's practice currently focuses on the representation of employees in large wage and hour class and collective actions, including workers in the financial services, meat processing, pharmaceutical and call center industries. In the past five years, George has been lead or co-lead counsel in more than 40 wage and hour actions filed in state and federal courts in Kansas, Missouri, California, Illinois, New York, Minnesota, Oregon, Washington and Louisiana. To date, these wage and hour cases have obtained relief in excess of $50 million on behalf of firm clients. George is also a frequent speaker regarding trial practice and wage and hour matters nationwide.

In re Wells Fargo Loan Processor Overtime Litigation. George was one of the lead counsel representing class plaintiffs in multidistrict wage and hour litigation consolidated in the Northern District of California. George argued the certification motion on behalf of the class, and in 2007, the Honorable Marilyn Hall Patel granted plaintiffs' motion and certified a class consisting of 25,000 current and former Wells Fargo loan officers employed nationwide. The Court approved a settlement in August 2011.

In re Wells Fargo Home Mortgage Overtime Pay Litigation. George represented a class of loan originators who were classified as ineligible for overtime pay. The case settled for $20 million in 2010.

Norman v. Dell. George was lead counsel on behalf of a certified class of consumer sales representatives employed by Dell in call centers located in Roseburg, Oregon, Nashville, Tennessee, Oklahoma City, Oklahoma and Round Rock, Texas. In 2008, the Honorable Thomas Coffin of the United States District Court for the District of Oregon certified the case as a collective action under the FLSA and ordered that notice be provided to eligible class members. George has instituted similar litigation against Dell in the United States District Court for the Northern District of Texas on behalf of a class of business sales representatives. Confidential settlement approved in 2009.

Perry v. National City. George was lead counsel and represented a certified class of current and former loan officers employed by National City Bank in a wage and hour collective action pending in the Southern District of Illinois. In 2007, the Honorable David H. Herndon certified a collective action consisting of approximately 4,500 current and former National City loan officers. After extensive summary judgment and related briefing, the parties reached a Court-approved class settlement in the amount of $27.5 million.

West v. First Franklin. George was lead counsel on a wage and hour collective action brought on behalf of approximately loan account managers against First Franklin Corporation. In 2007, the District of Kansas approved a class settlement in the amount of $8.7 million.

Garner v. Regis Corporation. George was lead counsel on behalf of approximately 1,300 current and former salon managers and stylists in a certified wage and hour collective action against Regis Corporation, the world's largest owner and operator of hair and retail product salons. In August 2004, the trial judge for the Western District of Missouri certified the case as a collective action pursuant to the Fair Labor Standards Act. The parties subsequently reached a Court-approved confidential settlement of the case in June of 2006.

Gieseke v. First Horizon. George was lead counsel in a wage and hour collective action brought against First Horizon Bank on behalf of a class of current and former loan officers. The case was certified as a collective action by the Honorable Carlos Murguia of the United States District Court for the District of Kansas. In 2008, the parties reached a Court-approved confidential settlement on behalf of more than 600 class members.

Qualls v. Sanofi-Aventis. George was lead counsel in a wage and hour collective action filed in the United States District Court for the Western District of Missouri against Sanofi-Aventis. The class consisted of current and former manufacturing and packaging operators at defendant's facility in Kansas City, Missouri. In 2006, the trial court approved a confidential settlement on behalf of all class members.

Call Center Litigation. An additional focus of George's recent practice has been prosecuting wage and hour actions against the owners and operators of call centers that engage in an illegal practice of denying customer service workers compensation for all working time. Actions have been filed in federal and state courts across the country, including in New York, Missouri, Kansas, California and Washington, and include such defendants as ClientLogic, TeleTech, Southwestern Bell Telephone Company, CenturyTel and Sprint. Confidential settlements were reached in all of these cases.

Garcia v. Tyson. George was lead counsel in a wage and hour class and collective action against Tyson Foods in the United States District Court for the District of Kansas. Plaintiffs alleged that Tyson, the worlds' largest processor of poultry and red meat, illegally deprived earned wages from its hourly work force employed at its Holcomb, Kansas facility. A key legal victory was obtained in 2007 when the trial court denied Tyson's motion for summary judgment, a decision subsequently upheld by the Tenth Circuit Court of Appeals. The trial court granted class and collective action certification of a class of approximately 5,000 workers. In March 2011, a federal jury in Kansas found against Tyson Foods and Tyson Fresh Meats for violating the Fair Labor Standards Act (FLSA) and the Kansas Wage Payment Act (KWPA). Jury verdict for the plaintiff class was affirmed by the 10th Circuit in August 2014.

Kelly v. State Farm. In August of 2005, George (along with his partner Norm Siegel) won a $26.5 million jury verdict on behalf of five State Farm agents who had accused State Farm of violating their agents' Agreements. The verdict came after a three-week trial in Independence, Missouri. Plaintiffs alleged that their contracts were improperly terminated in retaliation for speaking out against State Farm's wrongful conduct towards policyholders. The verdict ranked among the top 50 nationwide in 2005.

Horizon Holdings v. Genmar Holdings. In November 2002, George was the lead trial lawyer in a two-week jury trial in the United States District Court for the District of Kansas. The case involved claims for breach of a purchase agreement and employment contracts brought by a small business owner against the worlds' largest manufacturer of recreational boats. The jury returned a verdict of $2.58 million in favor of plaintiffs, and later awarded an additional $865,000 in attorneys' fees. The entire judgment totaling approximately $3.6 million was upheld after appeal to the Tenth Circuit.

Vanhamme v. 7-Eleven. George was lead trial counsel in a breach of contract and false imprisonment case brought against 7-Eleven on behalf of a terminated franchise owner. After the jury returned a verdict against 7-Eleven and an individual manager on the false imprisonment claim, including a finding of punitive damages, the parties reached a confidential settlement.

O'Grady v. Aquila. George was lead counsel and successfully defended Aquila in an action brought by a former energy trader asserting claims of breach of contract and negligent misrepresentation. After successfully compelling the case to arbitration from state court, the case was tried in a multi-day arbitration proceeding. The arbitrator ultimately denied claimant any recovery on the in excess of $5 million claimed, and returned a full defense judgment on all claims.

Litigation Against Financial Services Companies. In addition to the cases identified above, George has led the Firm's litigation team on the prosecution of numerous wage and hour class and collective actions on behalf of loan officers and loan processors against many of the nation's largest financial institutions. These include cases that have settled or are currently pending against J.P. Morgan/Chase, Merrill Lynch, Bank of Blue Valley and Principal Financial.