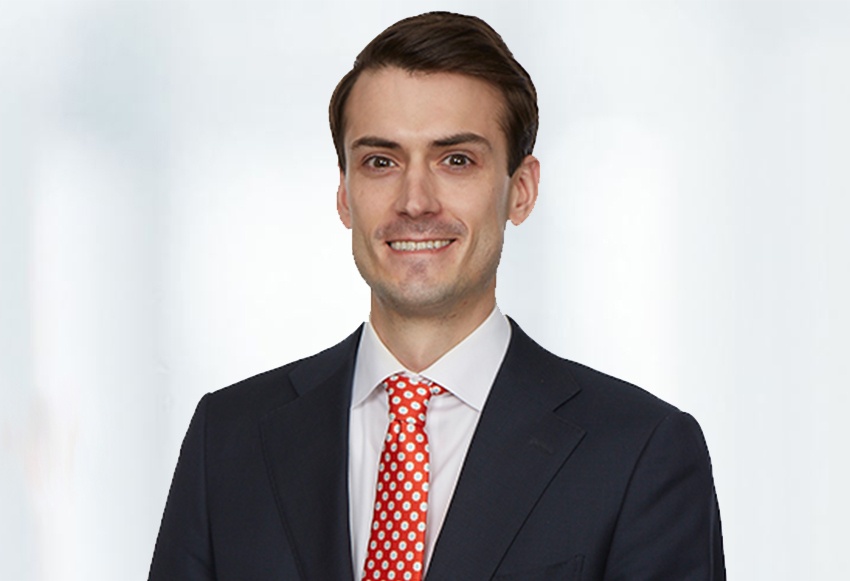 Curtis Shank’s well-rounded litigation practice is shaped by his experience working in the federal court, at a leading defense firm, and now, at Stueve Siegel Hanson, on behalf of individual and commercial plaintiffs.

Before joining the firm, Curtis served as a clerk for Judge Daniel D. Crabtree at the U.S. District Court for the District of Kansas, where he worked on a wide variety of civil and criminal matters. He then worked as an associate at the law firm now known as Bryan Cave Leighton Paisner LLP, one of the largest firms in the United States.

Most recently, Curtis was second-chair in a wrongful death trial in the City of St. Louis. After a two-week trial in January of 2019, the jury returned a verdict of $6.75 million against the defendant, Liberty Fruit Company, and in favor of the plaintiffs, the family of a man who was killed after a 37-foot, 26,000-pound Liberty Fruit box truck backed into and over him as he walked across a trucking lot.

Curtis also served as the primary associate in the firm’s landmark litigation against seed manufacturer Syngenta. Stueve Siegel Hanson represented U.S. corn growers, grain handling facilities and ethanol production facilities in claims involving genetically modified corn. The plaintiffs alleged that Syngenta introduced strains of genetically modified corn into the market before they were approved for import to China; China subsequently stopped buying U.S. corn, leading to a drop in prices and other economic losses. Throughout the litigation, Curtis was responsible for elements of case briefing, depositions and trial preparation. The ultimate result – a $1.51 billion settlement – is the largest agricultural settlement in U.S. history.

In re Packaged Seafood Products Antitrust Litigation (Southern District of California). Curtis represents Associated Wholesale Grocers, Inc., in an antitrust lawsuit filed in the District of Kansas against the largest producers of canned tuna in the country – Bumble Bee, Chicken of the Sea, and StarKist. The lawsuit alleges that these producers conspired to fix, raise, and maintain prices of canned and pouched tuna sold in the United States over a nearly 15-year period.

Corbion America Holdings, Inc., et al. v. Kuriyama of America, et al. (Jackson County, Missouri). Curtis represents a leading provider of food ingredients in the United States in a lawsuit arising from a catastrophic explosion at Corbion’s manufacturing plant in March of 2015. The lawsuit alleges that the explosion was caused by a defective hose that failed to properly dissipate static that builds up in the manufacturing process.

Woods v. Integrity Home Care, Inc. (Jackson County, Missouri). Curtis filed a class action lawsuit on behalf of thousands of home health care workers in Missouri, alleging that the defendant failed to pay wages for travel time between clients’ home, in violation of Missouri law. The parties recently reached a settlement to resolve all claims on a classwide basis that, if approved, has a total settlement value of over $1.3 million.

Examples of Past Cases

Mask v. Liberty Fruit Company, Inc. (St. Louis City, Missouri). Curtis represented the family of a man who was killed when a Liberty Fruit box truck backed into and over him as he walked across a trucking lot in St. Louis. After a two-week wrongful death trial, a St. Louis jury returned a verdict of $6.75 million against Liberty Fruit. The jury determined that the Liberty Fruit driver was operating his truck negligently at the time of the collision and that Liberty Fruit’s conduct exhibited reckless indifference or conscious disregard for the safety of others such that punitive damages were warranted. The jury awarded a total of $3 million in compensatory damages and an additional $3.75 million in punitive damages.

In re Syngenta AG MIR 162 Corn Litigation. Curtis was part of the trial team that achieved a $217.7 million verdict against Syngenta arising out of allegations that the seed manufacture introduced genetically modified corn seed into the U.S corn supply before it was approved for import into China, thereby causing China to stop buying corn and damaging Kansas corn farmers. After trial, the case settled for all U.S. farmers for $1.51 billion, which is the largest agricultural settlement in U.S. history.

Confidential No-Poach Settlement. In 2018, Curtis represented an individual who was affected by an illegal “no-poach” agreement between two competitor companies to not hire each other’s employees. Such agreements violate state and federal antitrust laws. After extensive negotiations, he and the Firm were able to secure a confidential settlement on behalf of their client.

In re Fresh and Process Potatoes Antitrust Litigation (D. Idaho) – Curtis represented Associated Wholesale Grocers, Inc. against the country's largest potato growers and shippers alleging that these defendants fixed the price of fresh and processed potatoes. The plaintiff alleged that starting in 2004, defendants conspired to use pre-harvest and post-harvest methods to control and reduce the supply of potatoes in order to raise and stabilize the prices at which potatoes were sold in the United States.