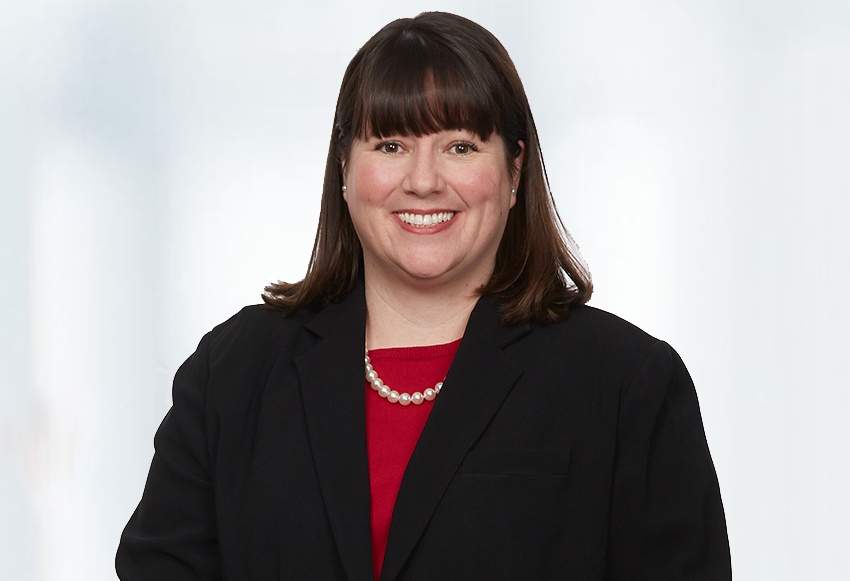 Active in the local bench-bar community, Rachel currently serves on the Kansas City Metropolitan Bar Association’s Board of Directors, is the current Chair of KCMBA/KCMBF’s Audit Committee and is the past president of KCMBA’s Federal Court Advocates Section. In 2019, Rachel was appointed to serve on the United States District Court for the Western District of Missouri’s Merit Selection Panel and in 2018, Rachel was appointed by Chief Judge Phillips to the 2020 Eighth Circuit Judicial Conference Planning Committee. Rachel previously was appointed to serve on the District of Kansas’ Bench-Bar Committee and the 2013 Merit Selection Panel for the Kansas City Magistrate Judge Vacancy.

Rachel has been repeatedly recognized as a Missouri/Kansas “Super Lawyer” and now ranks among the area’s top 50 women attorneys. She is included among the Best Lawyers in America for commercial litigation and securities litigation. In 2019, she was awarded the Litigation Practitioner Award by Missouri Lawyers Weekly.

She is a lifetime member of the University of Kansas Alumni Association.

In Re: United Specialty Insurance Company Ski Pass Insurance Litigation. On December 10, 2020, Rachel was appointed Co-Lead and Interim Class Counsel for all Plaintiffs in this multidistrict litigation. She is representing consumers who purchased season ski pass insurance from United Specialty Insurance Company, which has refused to reimburse consumers who have been unable to use their ski passes because ski resorts have closed due to the COVID-19 pandemic. This litigation is currently pending in the U.S. District Court for the Northern District of California.

In re: Hill’s Pet Nutrition, Inc., Dog Food Prods. Liab. Litig. On July 31, 2019, Rachel was appointed as both Co-Lead Counsel and Liaison Counsel in this multidistrict litigation. In these roles, she represents pet owners from across the country who have alleged that multiple varieties of Hill's Prescription Diet and Science Diet canned dog food products contained dangerously high levels of Vitamin D, which can cause dogs to experience serious health issues and even death. In July 2021, the United States District Court for the District of Kansas approved the $12.5 million class settlement that resolves most of the claims in this MDL.

In re Syngenta AG MIR 162 Corn Litigation. Stueve Siegel Hanson was appointed Co-Lead Counsel in this multidistrict litigation to represent farmers from across the country who allege that Syngenta prematurely introduced a new GMO corn seed into the U.S. market before it was approved in China, a key export market for U.S. corn. When China discovered the unapproved GMO in U.S. corn imports, it closed its markets to U.S. corn, resulting in lower corn prices that have harmed U.S. corn farmers. In June 2017, a jury in the United States District Court for the District of Kansas for the first bellwether class trial awarded more than $217 million to a class of Kansas corn farmers, which was the 10th largest jury verdict in the country in 2017 according to the National Law Journal. Following this verdict, a $1.51 billion settlement was reached with Syngenta on behalf of nationwide classes of corn farmers, grain handling facilities and ethanol production plants, the largest settlement in the history of GMO agricultural litigation.

Yellowdog Partners, LP v. CURO Group Holdings Corp. Rachel currently served as Local Counsel for the appointed Lead Plaintiff in this securities class action. Lead Plaintiff alleges that the company deliberately transitioned away from its most profitable line of business and concealed the negative, near-term impact of that transition from shareholders. In December 2020, the United States District Court for the District of Kansas approved the $8.98 million class settlement.

Mortgage-Backed Securities Litigation. Rachel represented a federal agency in multiple lawsuits alleging that mortgage-backed securities were sold as safe investments, but were in fact far riskier than represented. The last of these cases, which were all pending in the United States District Court for the District of Kansas, resolved in 2017.

Bennett v. Sprint Nextel Corp., No. 09-2122-EFM-GEB. Rachel served as Local Counsel for the appointed Lead Plaintiffs in a securities class action that alleged Sprint issued a series of misleading statements regarding Sprint’s wireless subscribers and the integration with Nextel Communication. This litigation, which was pending in the United States District Court for the District of Kansas, settled for $131 million in 2015.

From 2004 to 2009, Rachel successfully prosecuted multiple software licensing, trademark and copyright cases on behalf of Overlap, Inc., a Kansas City software company, against multiple, national securities firms. These defendants provided access to the client’s proprietary software to thousands of financial advisors across the country, in violation of the client’s software license and intellectual property rights.

In 2005, Rachel successfully appealed a decision by the United States District Court for the Western District of Missouri granting summary judgment in an employment retaliation lawsuit. The United States Court of Appeals for the Eighth Circuit reversed the District Court and remanded the lawsuit back for further proceedings.

Moderator for the KCMBA Bench-Bar CLE entitled “Righting Your Writing,” May 16, 2019

Guest Lecturer for the Complex Litigation class at the UMKC School of Law in a presentation entitled “Multidistrict Litigation: A Trial Lawyer’s Perspective,” 2017

Co-Presenter for the local chapter of the Federal Bar Association’s CLE at the United States District Court for the District of Kansas entitled “Scientific Evidence in Federal Litigation,” June 10, 2016

Guest Lecturer for the Complex Litigation class at the UMKC School of Law in a presentation entitled “Rule 23: A Trial Lawyer’s Perspective,” 2015

Panel member for 2015 National Conference for the Federal Court Clerks Association for session entitled “Viewpoint from the Bar,” June 24, 2015

Adjunct Law Professor at the UMKC School of Law for the Civil Procedure Skills Lab, 2014

After graduating from law school, Rachel began her legal career in the Dallas, Texas office of Gardere Wynne Sewell LLP (now Foley & Lardner LLP) on the complex litigation trial team. In 2004, Rachel joined Stueve Siegel Hanson LLP and was elected to the Firm’s partnership as an equity partner in 2008.

United States District Court for the District of Kansas

United States District Court for the Western District of Missouri

Board of Directors, 2019-present

Guest Lecturer for the Complex Litigation class at the UMKC School of Law in a presentation entitled “Multidistrict Litigation: A Trial Lawyer’s Perspective,” 2017

Guest Lecturer for the Complex Litigation class at the UMKC School of Law in a presentation entitled “Rule 23: A Trial Lawyer’s Perspective,” 2015

Adjunct Law Professor at the UMKC School of Law for the Civil Procedure Skills Lab, 2014

The University of Michigan Law School